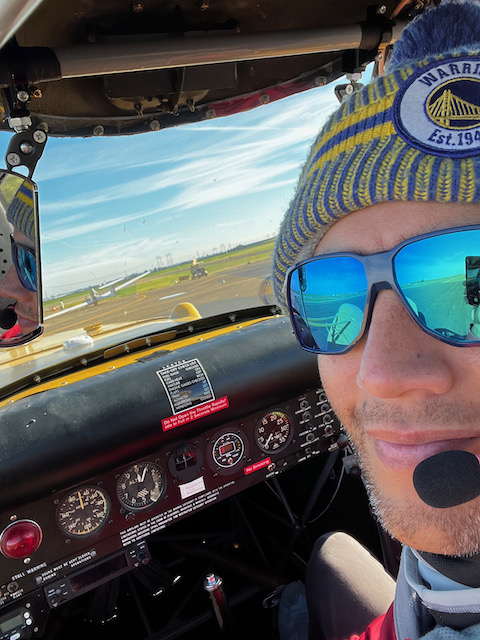 A day that started at sunrise scraping ice off a Citabria, and ended at 10pm after a great build session with Sam is exactly what I would describe if asked to define a perfect “me” day. Read the long post below to learn what aviation firsts I knocked off my list today, as well as what some newly arrived parts allowed us to build. Enjoy!

A day of "firsts"

My whole career in aviation (over 28 years now!) has been about learning. There are so many facets of aviation that you can literally spend a lifetime and not experience all the “firsts” that exist. Building the RV-8 is an example of that. The dream of solo’ing a plane I put together with my own hands is a goal that has been top of mind for many decades.

Well…today I got to experience a few more of those “firsts” in aviation. It was an exhausting and exhilarating day that started at sunrise and ended after dark. As I had mentioned in a previous post, I was working to get my Tow Pilot checkout, and back in October I completed the Glider and simulated Towing portions of the checkout. This morning, I got to do my first (and second… and eleventh(!)) glider tows. But before I could do the first tows, I needed to get checked out in the tow plane. There was only one problem. The plane only has one seat. And so, the first of the firsts, I was going to jump in a Piper Pawnee PA-25 and take to the air having never flown with an instructor beforehand.

Once I completed the self checkout (uneventful and quick), The glider instructor (John) and I reviewed one last time the flight brief for the first tow, and I taxied onto the runway for hookup. After getting the signals from the ground crew that we were connected, I pulled up slack and took to the sky carrying another aircraft in tow. The craziest part, is that since it was such a busy day, I proceeded to spend the entire day there as the tow pilot, and ended up doing 11 total tows. From the flight out to the glider port, to all the checkouts and flights, as well as the return flight, my day ended up consisting of 17 landings, 5 high tows, 6 pattern tows, and a whole bunch of new friends. Between the towing, skydiving operations on the field, and many cool planes coming in and out, I really got to experience the “General Aviation” that many are nostalgic about. What a fun experience and I look forward to going again now that I am officially part of the glider tow pilot crew.  Below are some pictures (and one video) from the day.

You’d think with such a long day, I’d get home and get some sleep…but not when a FedEx notification comes in letting you know a part you’ve been waiting two weeks for has finally come in. Sam and I had already planned on hanging out, so after a long stint away from the build, Sam came down to help fabricate the wing walk doublers!! 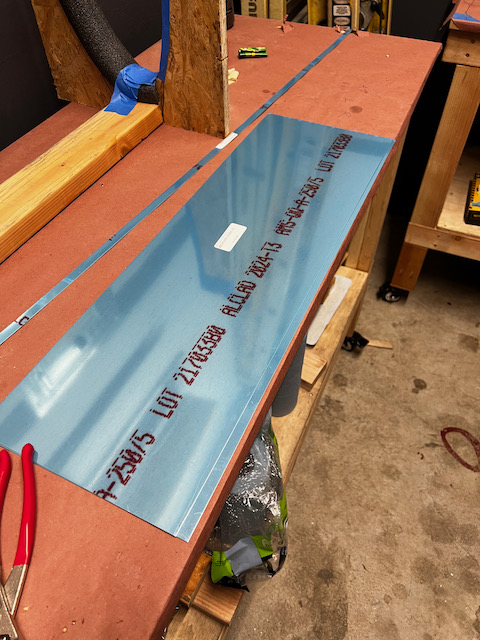 The wing walk doubler is a piece positioned under the inboard top skin of the wings to allow reinforcement for pilots and passengers getting into the plane (…i.e. walking on the wing…hence wing walk doubler). The part used to fabricate that was already cut to the current width (9 3/8″), but the length was longer than the 26″ I needed. I’m guessing this is because the part is probably used for the bigger wing of the RV-10 as well. So I needed to cut this down to length. Using the dremel, and then scotchbrite wheel, We ended up with correctly sized material. If you’re wondering what’s up with the outfit…just look at the thermometer…definitively “cold”. 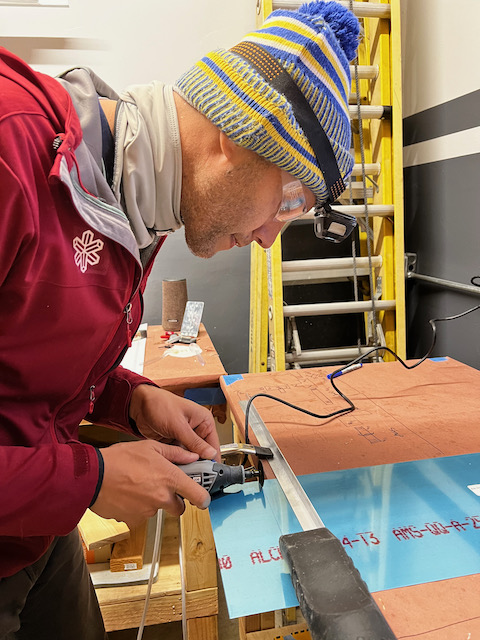 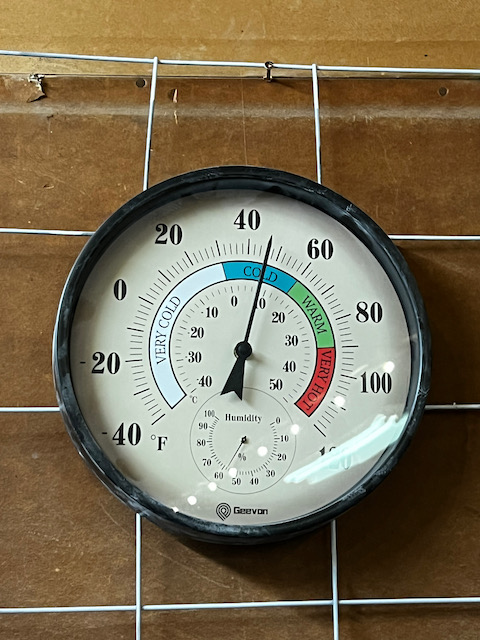 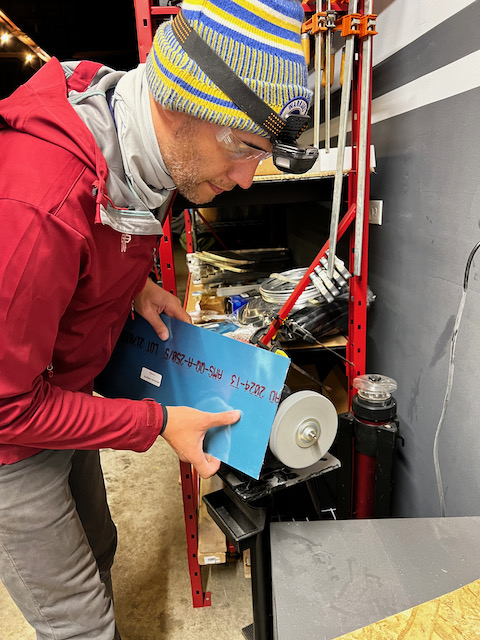 Once we had pieces cut to size, we needed to get it positioned correctly to match drill using the top skin as a template. The key is to make sure the inboard sides are flush, and the front edge of the doubler is 9/16″ aft of the front edge of the top skin. We clamped it down, and started match drilling. By the end, Sam and I had a good routine with me drilling, and Sam clecoing and vacuuming. In about 30 minutes we were able to match drill a single doubler.

getting double lined up properly fore/aft...
...and laterally.
Clamping of the right doubler...
...and the left
match drilling!
cleco'ing!
almost done!

After match drilling, we re-assembled the top skin, this time with the doubler underneath, and enjoyed the fruit of our labor! I’m excited we got this done as it completes the bulk of the “Fitting the skins” section. There is something satisfying about checking off a step that was previously skipped. Tomorrow it’s back to the fuel tanks, with some more rib flange straightening and fluting…my favorite (not!). Until then, Happy Building!! 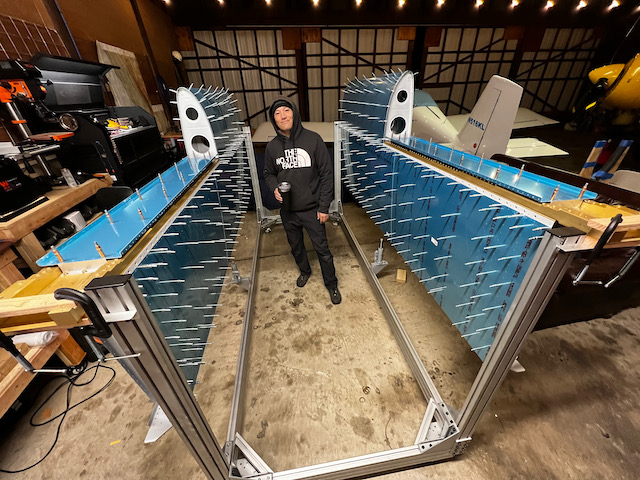