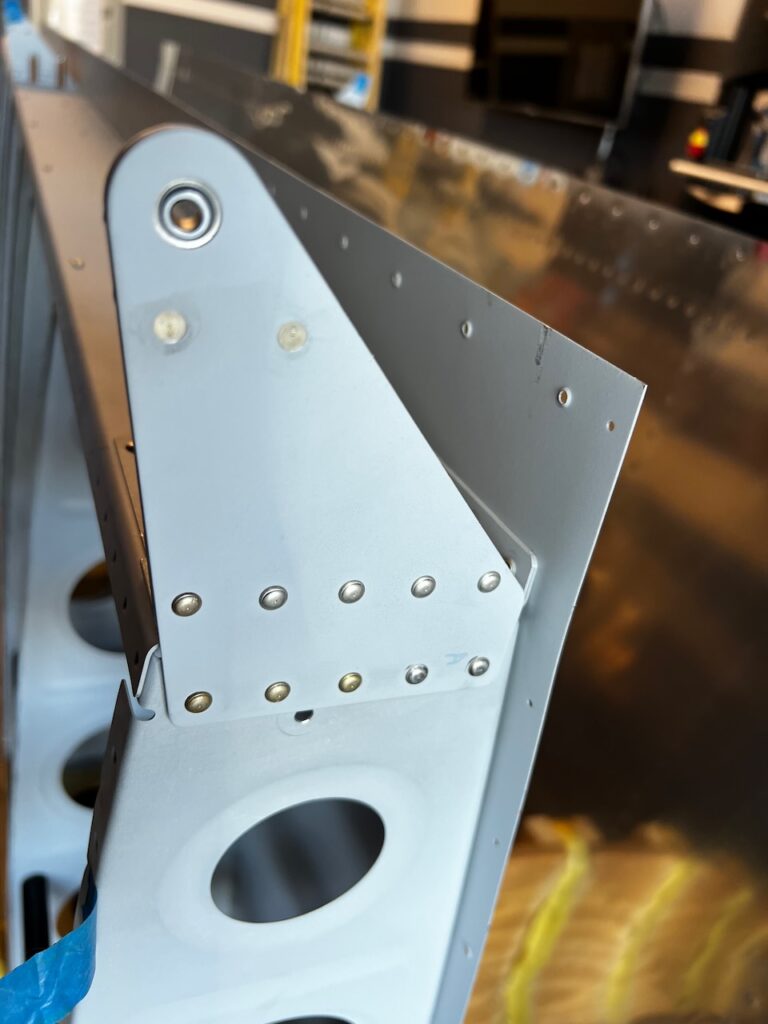 Over three sessions I was able to complete the Aileron Bracket install. It’s a nice step towards completion of the rear spar assemblies. A couple gotchas from the process:

Overall, the Aileron Bracket was not super difficult, but simply time consuming due to lots of steps. Below are some highlight photos of the session.

Meanwhile, I had forgotten to prime the counterweight pipes for the ailerons in my big priming session, so I wound up fitting in some spray can priming time during one of the morning sessions. To be honest, that can is very convenient and seems pretty effective. I may use that for smaller batch priming sessions as needed.

With the aileron brackets done, next up will be install of the aileron fairings and flap braces. Then it’s on to the ailerons! Until then, Happy Building!