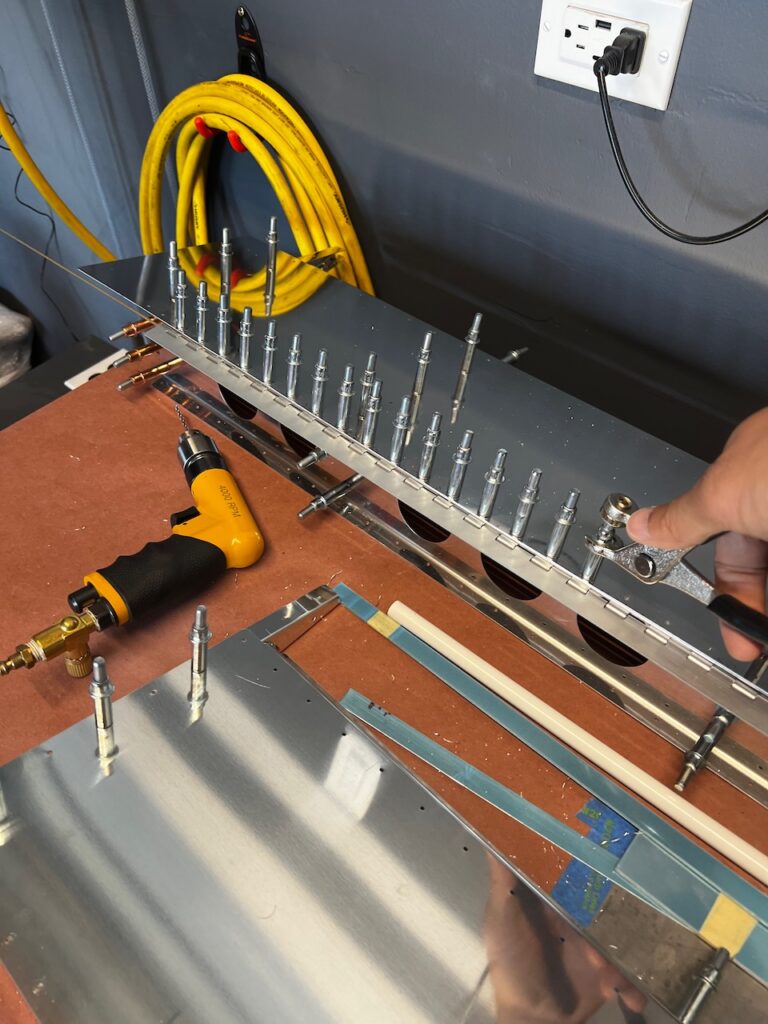 Outside of the wonderful Oshkosh trip (post coming soon), and the work to get the Velocity in a stable condition, I was able to get the flaps fully prepped for priming (minus edge deburring that still needs to happen). See below for some photos and detail from the progress. BUT first…Fuselage update!!

When I originally ordered the Fuselage last October, the lead time for Fuselage kits was 11 months. Based on my estimates on the wing I thought receiving the Fuselage around September would work out well. Given my current progress I think that would have worked out great as an arrival, giving me ample time to complete the wing. Well…Van’s has been working hard to tighten up their manufacturing and lead times, and I ended up getting the kit over 2 months early! That’s ok, the crate is not that large, and I’m getting a lot of room on the shelfs from the approach of the wing completion. Delivery was very different this time because they were also delivering my empennage (which we built up at Synergy Air last March)! The truck was amazing and had a custom “crane” in it. Cool.

In the ideal case I could just leave the crate closed until the wing is complete, but unfortunately Van’s policy is to only back fill missing or incorrect parts if the inventory check is done within 30 days of the arrival. Well to clock is ticking towards August 20th! I gotta get that done soon.

Back to the topic of the day….Flaps.  The most nerve wracking process was the hinge match drilling. James (from hangar 10) came and helped me get over the hump. We figured out a nice way of lining up the hinge by using the inner material between hinge holes as an alignment mechanism. I also got stuck trying to figure out how to dimple a couple of the really tight areas. So tight that the close quarter dimpler wasn’t going to work. Tod figured out the key mechanical strategy to get it done, and then I refined the task on the second flap using a tool which was still pristine and unused in my tool chest. Outside of those two issues, most everything else was just time, but easy. Check out the photos below.

Well that wraps up July! (For building at least) On July 27th the boys and I headed out to our first Oshkosh trip which ended just one day before I start my new job. I will try to get build time on the weekends, but given my Monday thru Friday work down in LA, I predict the first couple of months are going to be majorly slowed down for build progress. That’s ok! Life throws curveballs, and it’s how you hit them that matters. More to come, but for now I leave you with the arrival photo of the boys and I at the greatest Aviation show on earth…Oshkosh! Until next time, Happy Building!! 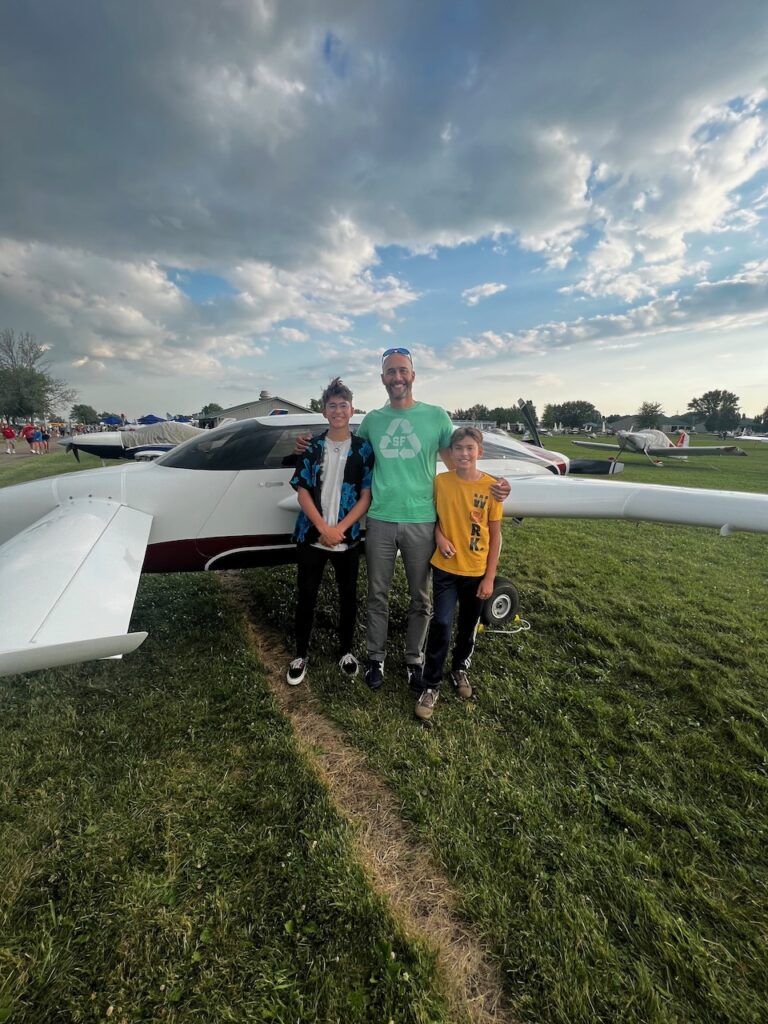