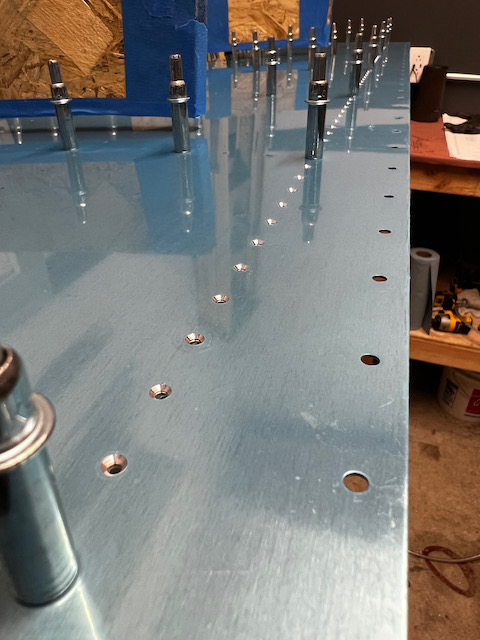 I took this weekend off to enjoy my younger son Nico compete in the Northern California Regional Championships. After an exciting day, they ended with a heart pounding win in the finals, and an undefeated season! 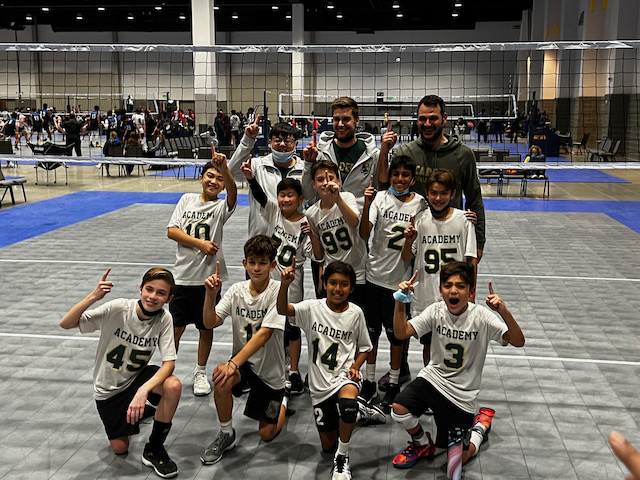 With Daddy duties complete, I was able to return to building yesterday, and over the last two days I refocused on the fuel tanks, with the primary task being countersinking the spanwise holes that will hold the baffle flange rivets. This is done (rather than dimpling) to facilitate easy installation of the baffle when closing up the tank. But before I got to that I had a problem I wanted to fix. The support jacks I had been using to ensure the wing does not sag in the middle was not working. The bottle jacks were very unstable, and would leak over time. I decided to switch to scissor jacks, but these required some additional 8020 components. Thankfully Finn had the parts, and after picking them up, I swapped out the bottle jacks for scissor jacks.  Part of this is re-leveling the wing…that laser level is so cool!

got the parts I need!
current bottle jacks are unstable and ineffective after a few days
new scissor jack is much more stable, and hopefully won't sag over time
wing perfectly level!

With the side project complete, I dove into the countersinking. It was fairly straightforward. I had to final size drill the holes to the #40 bit, and then countersunk the skin for AN426 heads.

After another day of work, I got back to the countersinking with a similar sequence on the left tank. Remove tank from spar, final size drill, countersink. Nothing interesting to report second time around.

But first... a break!
Removing the left tank
pre-drill shards
left side done!

Once countersinking was completed, I needed to fit the tank against the leading edge assembly to do another fitting and drill out the larger holes for eventual screws. I needed to clean up the tank edge that butts against the leading edge skin. A little filing fixed it up, and the seam looked really good. With final drilling done, my next task will be to disassemble the tank for the final time. Next time the tank comes fully together, it will be permanent with sealant and rivets!! Getting close!

Filing down the rough edges allowed for...
...a nice tight fit at the seams
I drilled to #19 size, the W-723 screw holes ...
...as well as the spar attach holes
With all the drilling, I made sure to mark for future deburr
PrevPreviousTank to Rib test fit
NextFuel Tank Disassembly and PrepNext